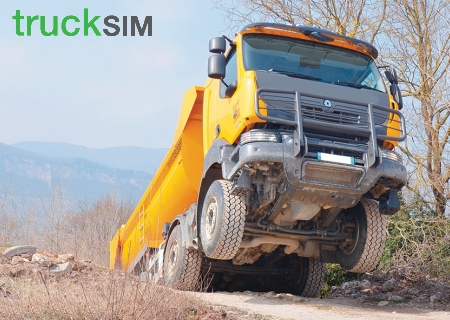 Mechanical Simulation announce release of TruckSim 8.1, which features improvements for both new and existing users.

– Driver Model Improvements. TruckSim now supports a driver reference path that is separate from the road reference line, in support of simulations with arbitrary target paths. A path preview option is included in the speed controller to define speed as a function of curvature, aggressiveness (lateral and longitudinal acceleration limits) and skill level. The controller also has an option to take 3D surface properties into account (bank angle, grade angle, curvature normal to the road surface).

– 64bit support for TNO and COSIN FTire tire models. Support has been added for 64-bit versions of TNO and COSIN tire models, allowing them to be used with TruckSim when running with other 64-bit software (e.g., 64-bit Simulink).
– Extension to the built-in tire models. Another parameter is available in the built-in tire model to control the transition between longitudinal and lateral slip in combined slip. This can improve realism for some datasets.
– Continuously Variable Transmission (CVT). The TruckSim powertrain now includes an option for CVT, with corresponding improvements in the GUI and documentation.
– Miscellaneous Improvements. More improvements have been made to configurable table functions, including a new _EQUATION option and extensive support from the VS API. More outputs have been added to support a road-based axis system to define pitch and roll relative to a design surface. Minor changes have been made to simplify navigation in the GUI. 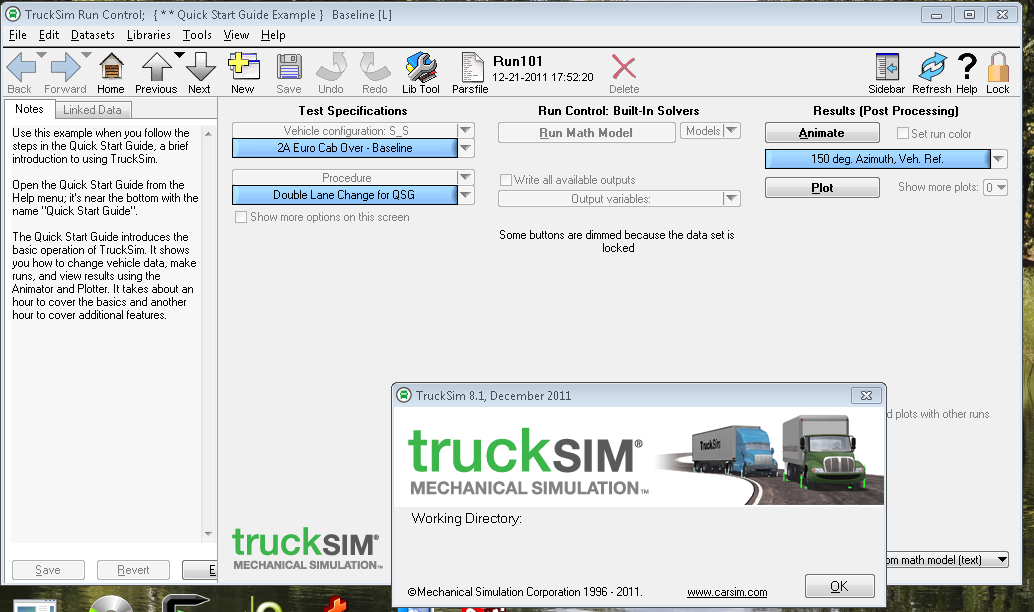 Mechanical Simulation Corporation is a technology leader in the development and distribution of advanced software used to simulate vehicle performance under a wide variety of conditions. The company was established in 1996, and from its Ann Arbor, Mich., headquarters provides car, truck and motorcycle simulation packages, training and ongoing support to more than 90 OEMs and Tier 1 suppliers, and over 160 universities and government research groups worldwide.