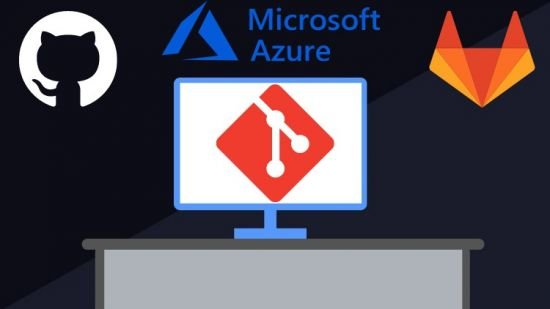 What you’ll learn:
Master key Git concepts
Perform basic operations such as branching/merging/rebasing/cherry-picking
Learn how to solve Merge-Conflicts like a pro using various tools
Learn how to perform Pull-Requests (GitHub) & Merge-Requests (GitLab)
Use advanced operations such as Submodules / Subtrees / Hooks and more
Contribute to public repositories with works and creating pull requests of a forked repository
How to revert commits through various ways
Learn how to setup a protected branches with permissions in a repostiory on GitHub + GitLab + Azure DevOps + BitBucket
Work the right way with proven Workflows

Description
This course is all about Git and GitHub/GitLab/Azure Devops.

This course comprehensively covers not only Git but also possible Git hosting providers such as GitHub/GitLab or Azure DevOps, which means no prior knowledge or experience is required.

Starting from the very basics we will move to more intermediate topics (Branching, Merging, Rebasing, …) and finally progress onto advanced topics such as Submodules, Subtrees and more.

If those terms are new to you – jump in and you will learn all that and more using multiple practice examples and animated slides.

Become a Git expert with proficiency in Repository/Team Management in GitHub/GitLab/Azure DevOps.

This is the most complete and comprehensive Git and GitHub/GitLab/Azure DevOps course, with tons of practical activities enchanted with animated slides for better understanding as well as a 30-page Cheat-Sheet. By the end of this course you will be the person to ask about Git! Everything will be taught from scratch, from the very basics to the advanced topics. If you truly want to master Git and GitHub/GitLab/Azure Devops this course is for you.

For those who are interested which commands will be covered in this course here is a list (without additional options that will be explored in the course):

This course is divided into 10 chapters, which will explore and go into detail on several core topics surrounding git. Below is a small summary for each chapter:

Chapter 1 focuses on clarifying the difference between Git and hosting services such as GitHub & GitLab.

Chapter 2 is a quick dive into Git and its most used commands. After this you will be comfortable with basic Git operations such as git add · git commit · git push · git pull · git status · git log · git cherry-pick · git checkout · and more. You will also know how to setup a .gitignore file and be able to create Branches and merge them. And finally we will cover Authentication methods such as (HTTPS vs SSH).

Chapter 3 focuses purely on Git! This is the longest chapter in the course for a good reason. Having finished this chapter you will be able to perform pretty much all actions there are to Git, such as Commits · Undoing Commits · Branches · Merging · Stashing · Remote Repositories · Merge-Conflicts · Rebasing · Tags · Commit References · Git Interna and more…

Chapter 4 will probably be most peoples’ favourite as we won’t be making changes to a Repository ourselves, but retrieve information of an already existing Repository. This will include extensive use of the following commands with various options of git log · git tag · git reflog · git show · git diff · git grep · git blame · git bisect · git shortlog. You will also learn how to visualize a Repository using Gitstats & gitk & GitKraken.

Chapter 5 is all about GitHub, the most known and used Git Hosting Service. After completing this chapter you will be able to manage and set up Personal Repositories as well as Organisations/Teams with ease. This includes managing Pull-Requests and also setting up recommended permissions and protecting branches. Furthermore you will also practice on how to link Issues and Pull-Requests together and also create and use Labels. For managing purposes we will set up automated Issue/Project Boards. Last but not least we will make use of GitHub Actions and create a GitHub Wiki + GitHub Pages and finally set up some security with Dependabot and CodeQL.

Chapter 7 focuses on two other known Git Hosting Services: Azure DevOps & Bitbucket. The topics in this chapter will be similar to what you’ve learned for GitHub & GitLab.

Chapter 8 covers Workflows. After this chapter you will be able to setup a necessary Workflow and decide which Workflow is suitable for your Repository/Project. The following Workflows are covered: Solo-Development · Feature Branches · Gitflow – Long Running Branches · Trunk-based Development.

Chapter 9 will handle advanced topics with various exercises. We will set up different Hooks (pre-commit, post-commit, commit-msg, pre-push) to enchant our Development and Workflow-Guidelines. Afterwards we will have a deep dive on how to properly write commit-messages, such as splitting it up into a subject + body and linking it with Issues & Merge/Pull-requests from GitHub & GitLab. Furthermore we will learn and practice Git Submodules & Subtrees, two very advanced Git topics. At the end we will make our lives easier by adding some Git Aliases and setup 2FA for GitHub.

Chapter 10 covers topics that are unknown to most Git users like how to manage your /etc directory with Git and how to setup a Dotfiles Repository. As some Repositories use binary files, we’re going to practice and setup Git LFS (Large File Storage). At the end we will use Visual Studio Code and install the well known GitLens extension.

Chapter 12 will contain lessons that will be added to the course from time to time to keep it up-to-date. Currently there’s lessons about signed commits for GitHub.

You will not just use the terminal to perform Git operations. In parallel you will also learn to use GUI applications for various use cases:

Join now and you will get lifetime-long access to 30 hours of content packed with tons of practical exercises and a 30-page Cheat Sheet! After finishing this course you will be the person to ask about Git in your company and you will be able to perform advanced tasks with ease!

Who this course is for
Anyone interested in truly mastering and understanding Git
Software Developers, DevOps Engineers, any programmer that are new to Git (+GitHub/GitLab/Azure DevOps/…)
IT Managers who manage Repositories hosted on GitHub / GitLab & more
Intermediate Git Users wanting to expand their knowledge 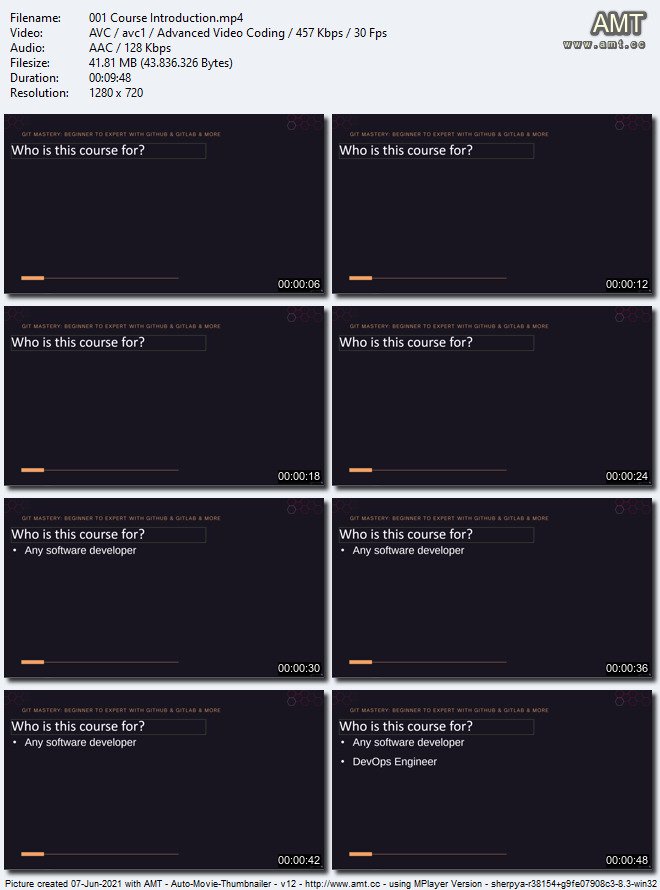