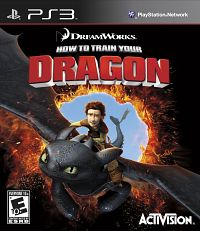 Group iMARS has released PS3 game “How to Train Your Dragon 2″. Enjoy!

Description: How to Train Your Dragon the Game allows players to battle friends in an all-new video game adventure, based on the world of DreamWorks Animation’s movie, “How to Train Your Dragon.” With countless ways to customize, you’ll design the coolest dragons to ever live on the Island of Berk. Explore this epic world as Hiccup or Astrid in Adventure Mode or experience fierce battle action in Arena Mode as you fight, fly, and fire your way to victory. Additional features include head-to-head multiplayer support and mini-game functionality.

Story and Gameplay
Based on the upcoming film from DreamWorks Animation, the How to Train Your Dragon video game launches gamers into a third-person action-adventure as a Viking hero where they must embark upon an epic quest to become the ultimate dragon trainer. Gamers can play as characters “Hiccup” or Astrid” on the vast Island of Berk, which features expanded locales from the film including Vikings’ Village, Wild Zone, Training Zone and Fight Arena. In this truly larger-than-life adventure, players will train dragons, explore environments and battle in prestigious dragon tournaments as they battle for Viking victory. Plus, gamers can become the Dragon hero of their living room as they square-off with friends and family in endless head-to-head multiplayer combat. 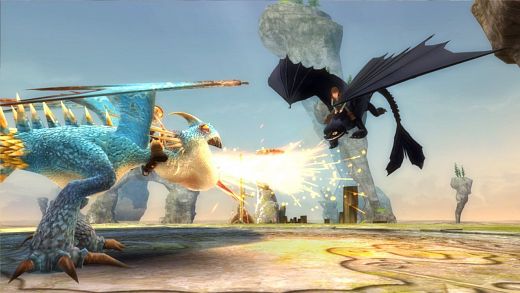