Description: Archty Tolomei is a 9 years old boy that lives with his dad. In 2008, his mom left the house with his two sisters and a little baby, only to come back in 2009 asking for forgiveness. During a huge fight, Lisa, one of Archty’s sisters, called 911. When they arrived, Archty’s father claimed she stormed out again with the children, but Archty had a feeling they were all still in the house. 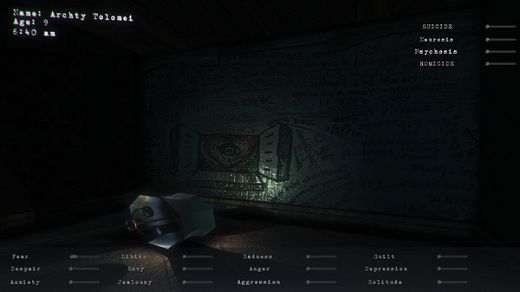 The neurosis, psychosis, suicide and homicide meters will go up and down, depending on how the environment and dialogs affect Archty.
Help him deal with his alcoholic abusive father, find out what happened to your mother and sisters and reach the end of this epic
thriller filled with antipsychotics drugs. 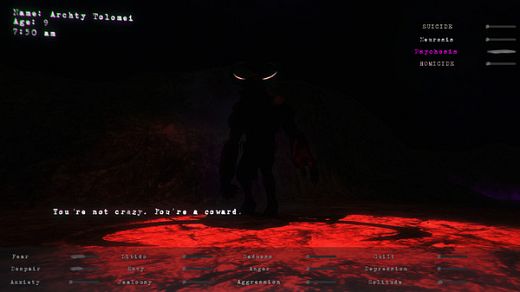