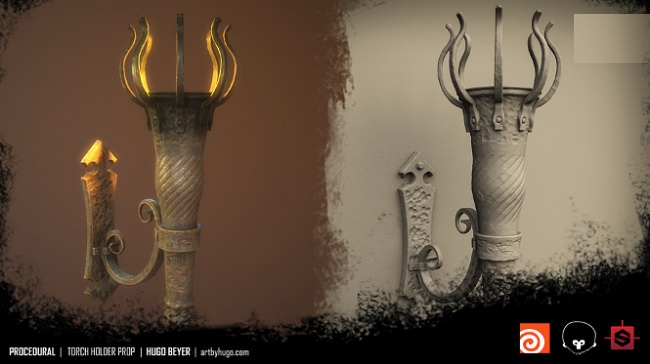 Info:
This video tutorial will give you a completely different approach of creating a prop as in an usual game dev cycle/workflow. There are no hand sculpting nor painting by hand.

We will be modeling the highpoly, the lowpoly, uving and texturing with masks and point vops.

Later on I’ll show you how to composite these maps in Substance and export and show in Unreal Engine.

It will give you a good depth of knowledge on Houdini modeling nodes, I try as much as possible to leave it procedural and not hand based so you are able to edit in a non linear workflow.

IMPORTANT: This tutorial is intended for people that have a basic understanding of Houdini Interface and a bit of their layout, as well as Marmoset and Substance Designer.

The video consists of almost 18hs of content creation.