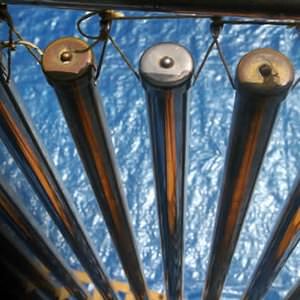 The tubular bells sampled in this collection are from an 18 note vintage Leedy & Ludwig instrument (C4-F5) from the beginning of the 20th century, remarkable for the purity and clarity of its sounds and for the exceptional duration of its sustained notes.

Tubular bells were originally created with the aim of reproducing a church bell sound within the traditional orchestra. From the middle of the 19th century, the instrument evolved into a set of chromatically tuned tubes made of brass.

Since the resonance of a tube is one octave below the fundamental (the struck note), these tubular bells were mapped from C3 to F4 with lowest and highest notes extended in their respective range.

The bells were meticulously recorded at 96khz/24 bits at five different dynamic levels with state-of-the-art recording equipment, so as to render all the authenticity of the instrument. Besides the natural acoustic tubular bells presets, the collection is divided into three more sections: Ambient, Rhythmic and Synthetic Tubular Bells, for more than 70 presets and instruments. Taking advantage of the exceptional flexibility of Live’s instruments and effects, such as Sampler, the collection brings the tubular bells into new musical territories: ambient sounds from intricate bells presets, immersive pads, intricate motions, mysterious rhythms and fascinating and powerful hybrid tubular bells synths.