What you’ll learn
How to create a fun game with out using any games engine e.g. GODOT, UNITY or UNREAL
Create a Flappy Bird hunting game, its similar to the duck hunt game from the old nintendo games but its flappy bird this time. Why? Because why not right?
Code using object oriented style of programming. We will create A CLASS for the bird and control its movements, score and death using that script
Work with multiple windows forms. We will create the games window and the start window of the game and establish a communication between them using C#.
Learn how to load sprite images from external folders and load them dynamically to thee code using C# programming.
Save high score to a text file and have it ready and loaded when the game is running or loading in the background
use various data types, functions and loops to make this work. We will be using custom class and lists to control the movement of the birds
Work only on windows form and make a game using transparent images and animate objects using the sprite sheets
Publish the final application by packaging all the external files, executeable files and the resources in a windows installer

Description
Welcome to the Flappy Bird Hunting game master class. This course has been meticulously planned to challenge your views on the capabilities of windows form. What if we can make an interactive, fast paced, multi object shooting game in windows form with C# and nothing else? What if this game would spawn and respawn objects, allow the user to have crosshair on their mouse cursor, play music and register the hits on the birds and reward the players accordingly? Does this game sound impossible in windows form? Yep it kind of does, until you realise that someone as stubborn as you and me will have to find a way to do just that. Why? Well, why not.

Windows form is an amazing platform for learning programming. Its very basic what you see if what you get platform and most of the times we learn by making calculators, image viewers or other desktop style applications. Windows form is not made for games development but its an interesting challenge to be able to mimic or build similar games as the ones existed before in this limited platform only using the tools available inside of visual studio and not using any of the big game’s engines such as GODOT, Unity or Unreal.

I want to explore the hidden or less used features of windows form that can potentially be used to make actual games on the platform and for us to learn how to use C# programming in a more productive and effective way.

Although this is a games development course at the heart of it it’s a programming course. We will complete the course together by making a flappy bird hunting game that’s full of Challenges.

Import sprite images to animate the bird, MOO, and coin in the game

Have a cross-hair to follow the player mouse cursor

Add the Media Player dependency for .Net through visual studio to play multiple Mp3 files together in the game

Load lots of different birds in the game, this will be the bird sprites and we can animate each of them using separate sprite images from external folder

Create a BIRD CLASS and import that to the games window

Use the BIRD object in the game loop to check if they bird is dead or alive. If alive it will continue to fly within the bounds of the game and if DEAD it will spawn the coin animation and remove the current bird from the game.

Add a cow (MOO) that will be collecting the coins when it drops to the ground.

Play sound effects for MOO and the coin collection

Using different layers of elements to show the background, foreground, bird, MOO and cursor images in the game

Reward player with more bullets when they accurately shoot 5 birds in a row.

When the game is finished we can build a installation wizard to publish the game, this wizard will create a MSI and EXE file to be shared online or offline.

The installation process will be custom built, so it will contain the files we want to contain for the game and also include the icons for the file which will show with the desktop shortcut.

If you are not familiar with my work please check out my YouTube Channel MOOICT or search for MOOICT on google and you can explore the different types of educational content I make on my website and YouTube channel. 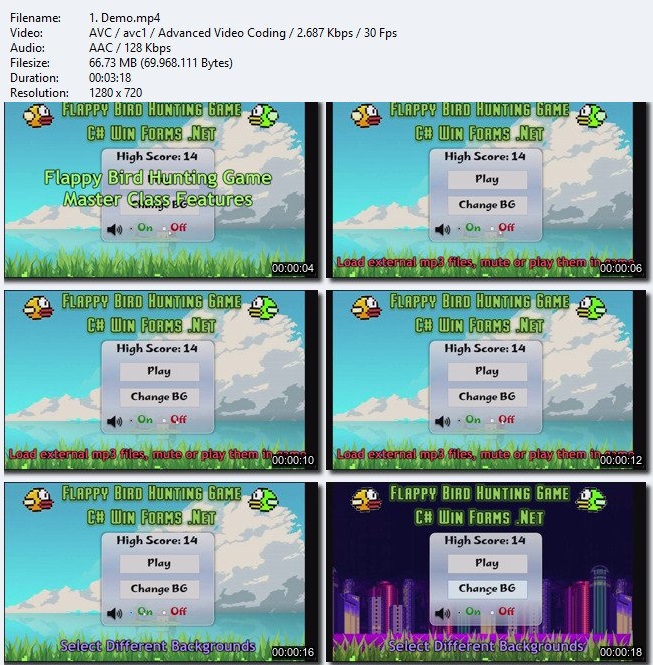