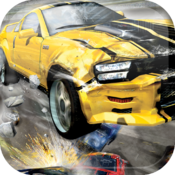 CORE has released the updated version of “FlatOut 2” for MacOSX. It is a racing video game developed by Bugbear Entertainment and published by Empire Interactive and Vivendi Universal Games. It is the sequel to the 2004-2005 release FlatOut!

Description: Experience the drive of your life as you throw yourself around on and off the track causing fences to shatter, tyre walls explode, water tanks and barrels fly across the track into other cars. And if anyone, including you, gets caught up in a big smash sit back and watch as the driver gets catapulted through the windscreen in spectacular effect. With over 5000 destructible objects on each track and 40 deformable pieces on every car sparks are guaranteed to fly increasing the mayhem with every lap!

As the different races progress youíll recognise which of the AI characters are your closest rivals. How you decide to take them out is up to you, like slamming them into a bridge, stealing a lead through an alternate route or Nitro boosting your way past them in the final moments. 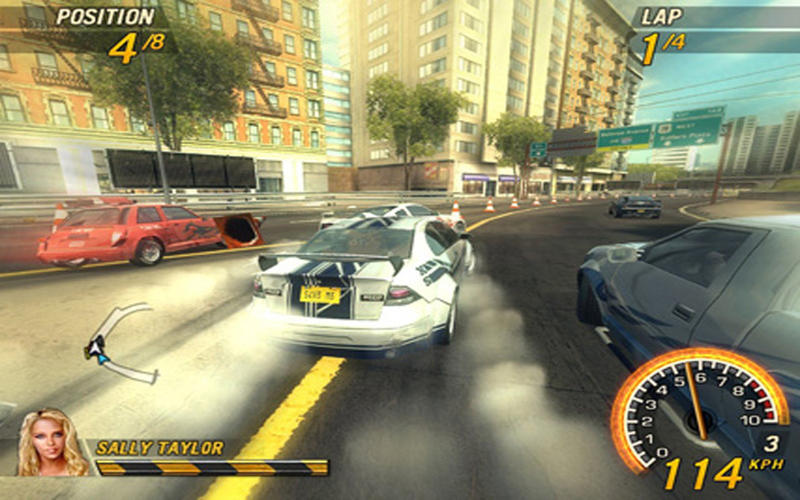 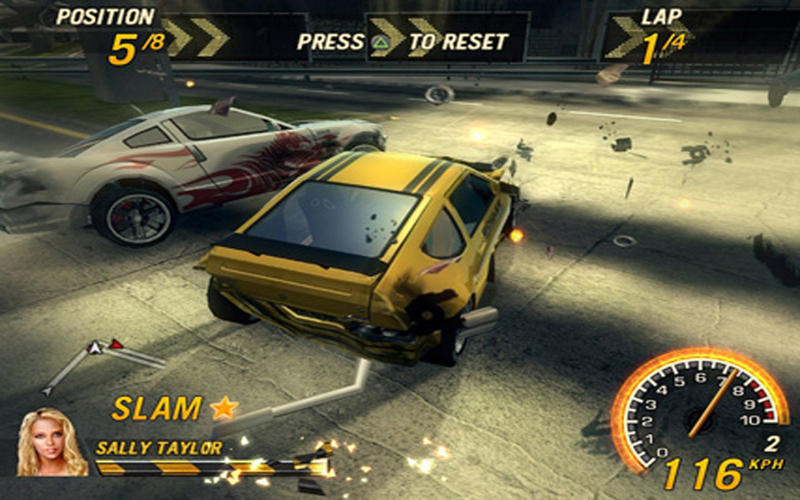