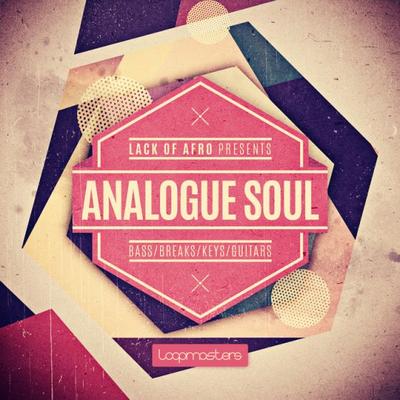 It’s only Funking Friday! Loopmasters join forces with the one man Funk Maestro that is Lack of Afro for an all you can eat package of ridiculously infectious loops and samples for Hip Hop, Funk, Soul and Breaks producers worldwide.

Musically multi-talented Lack of Afro aka Adam Gibbons drops a pure samplist’s dream come true with an exciting collection of royalty free live instrumental loops and sounds. The detail that has gone into this pack is staggering. Adam has captured the pure essence of vintage vinyl from authentic recording processes to those magical “In the moment” musical phrases found in Classic Funk and Soul records. You may never need to crate dig again!

“Real instruments are at the heart of the Lack of Afro sound and I wanted this pack to reflect that. Centred on funk, but also combining elements of hip- hop, soul & jazz, everything was recorded to tape for added analogue warmth…”

Lack of Afro has achieved a startling amount in the few years since his first releases on Freestyle records back in 2006. With four highly acclaimed albums under his belt, touring live and DJing across the world, and producing and remixing everyone from Tom Jones, The Pharcyde, The New Mastersounds through to Wax, Herbal T & Kraak & Smaak, Adams eclectic and progressive musical take on production harnesses musical styles ranging from funk, soul and hip-hop creating contemporary yet vintage musical escapades.

The Lack of Afro story began in 2006 after signing to Freestyle Records resulting in the release of the stunning debut single “Wait A Minute.” Which turned out to be one of the labels fastest selling 12″s ever. The subsequent album “Press On” saw Adam playing nearly all the instruments himself and deservedly so Hailed by iDJ magazine as “one of the greatest albums of the modern funk era”. In 2009 with “My Groove, Your Move”, Lack of Afro dispelled the difficult second album’ syndrome without even breaking a sweat and his 2011 album “This Time” was a trailblazing, soulful ride showcasing the musical depths of this multi-instrumentalist mastermind.

All Single Sounds in this pack have been tagged ready to use in Native Instruments Maschine making locating the sounds within the Maschine browser effortless.

Lack of Afro has received huge support since the beginning from BBC Radio 1, Radio 2 and BBC 6 Music and has played multiple live sessions at Maida Vale studios in London. His tunes have been featured in TV and film in both the UK and US: from being employed as a composer on forthcoming ABC sitcom “Mixology”, through to Sky Sports to HBO’s Entourage,