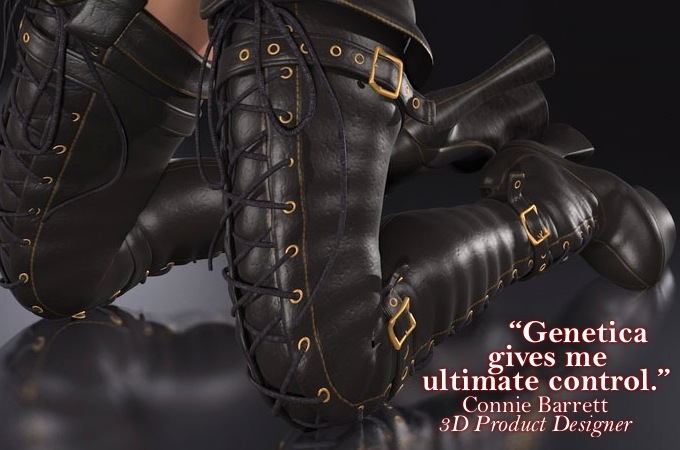 Texture Synthesis
Use photographs to quickly create the most realistic seamless textures. Use your own photos or the included library of over a thousand royalty-free high-resolution texture photos.

Node-Based Workflow
All graphical elements can be visually rearranged, with no change being permanent. Results are resolution independent and automatically seamless. 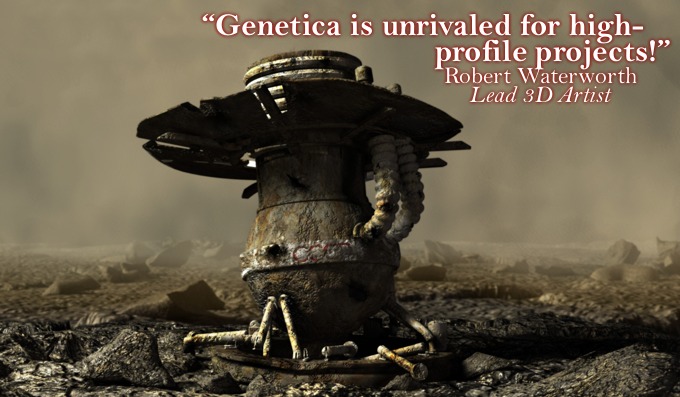 Visual Styles
Achieve realism in seconds by applying sophisticated styles to your designs.

Powerful Lab System
Genetica combines the flexibility of its node-based system with a set of powerful Lab Nodes that automate tricky graphics tasks.

Advanced Lighting
Genetica simulates environmental reflections, global illumination, shadows, ambient occlusion, and more, in order to give you the most realistic surfaces possible.

Thousands of Presets
The number of preset textures, styles, and environment maps is now in the thousands. These royalty-free resources can be edited or used as-is in your projects. 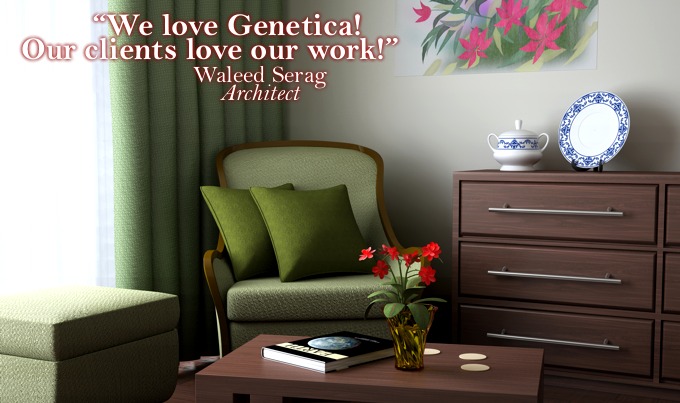 Effect Maps
Genetica will generate effect maps that can be used in any of the channels supported by your 3D environment, such as bump, specular, reflection, luminance, and others.

Edit HDRI Environments
Create custom HDRI environment maps for use both within Genetica and your external 3D environment.

Normal Maps
Enjoy fully-integrated normal map generation. Like any of the other effect maps created in Genetica, normal maps are automatically seamless and can be re-rendered at any desired resolution.

Batch Processor
The batch processor will allow you to automate a variety of repetitive tasks, such as applying the same effect to a number of textures, or automatically rendering large numbers of textures.