Note : Like for all ALI213 / 3DM releases, this is a steam-emulated with some strange dll cracked from chinese cracker, that’s mean it doesn’t work on all system (os, spec’, language etc…). That’s a well know problem with ALI/3DM releases, so please don’t cry it’s a fake or wait for the scene release  Thanks.

Description:
nfluenced by retro classics Mega Man and Castlevania, Angry Video Game Nerd Adventures features the AVGN and friends as they blast their way through 10 levels of fun, fast paced 2D action based on the AVGN’s adventures in his online series. With multiple playable characters, power ups, cameos galore, tons of secrets and more we’re making a game that all fans of video games will enjoy.

Some say “hard” we saying “rewarding!” Why? Because every check point you get, every boss you beat, every accomplishment is earned. You feel like like a stud. This is a game that allows you to brag to your friends if you beat it.

Yes, this is the official The Angry Video Game Nerd game! 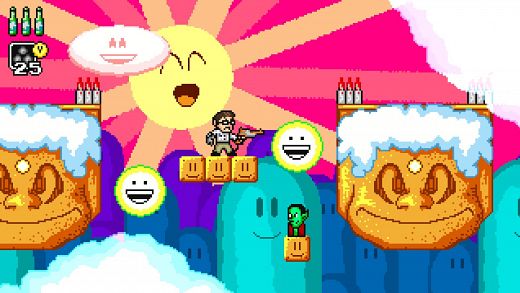