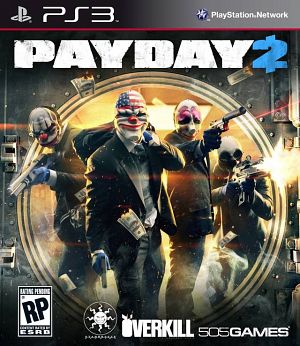 Description: Put a crew together for the second entry in the thrilling heist shooter PayDay. Don the masks of the original PayDay crew — Dallas, Hoxton, Wolf and Chains — and descend on Washington D.C. for an epic crime spree. The new CRIMENET network in PayDay 2 offers a huge range of dynamic contracts and players are free to choose anything from small-time convenience store hits or kidnappings, to major league cyber-crime or emptying out major bank vaults for that epic PAYDAY. While in D.C., why not participate in the local community and run a few political errands?

Up to four friends co-operate on the hits and as the crew progresses the jobs become bigger, better and more rewarding. Along with earning more money and becoming a legendary criminal comes a new character customization and crafting system that lets crews build and customize their own guns and gear. 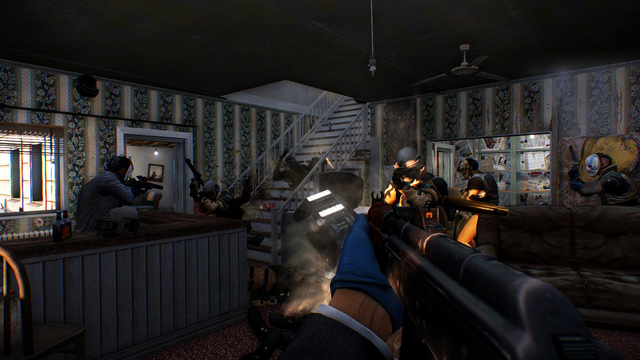 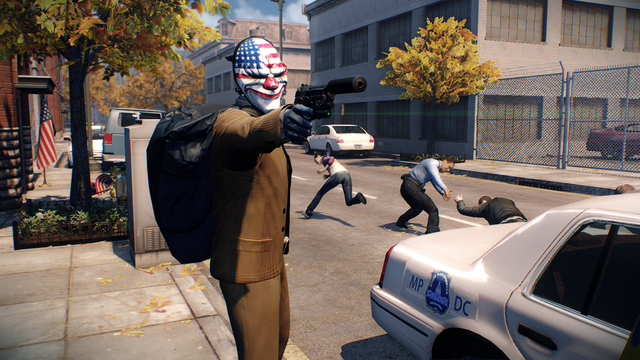