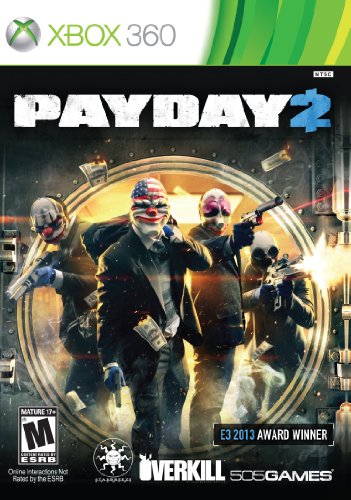 Here’s a game I’ve been looking forward to play, especially since the first one was only on pc and ps3. It’s time for you to team up with your homies and go rob some banks. Have fun.

Description: Grab your guns, grab your suits, grab your crew – the heist is on in this epic crime spree! Dallas, Hoxton, Wolf and Chains are back and ready blow the doors off in this four-player co-op shooter. Are you cunning enough to make it from robbing small stores to the big league of major bank vaults? Have you and your friends got what it takes?

Put a crew together for the second entry in the thrilling heist shooter PayDay. Don the masks of the original PayDay crew — Dallas, Hoxton, Wolf and Chains — and descend on Washington D.C. for an epic crime spree. The new CRIMENET network in PayDay 2 offers a huge range of dynamic contracts and players are free to choose anything from small-time convenience store hits or kidnappings, to major league cyber-crime or emptying out major bank vaults for that epic PAYDAY. While in D.C., why not participate in the local community and run a few political errands? 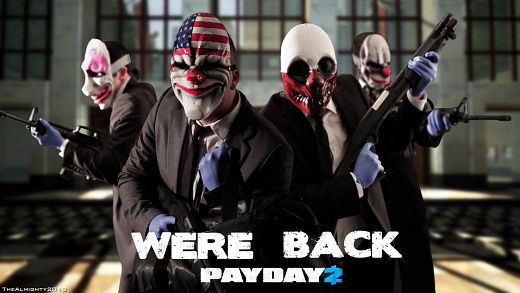 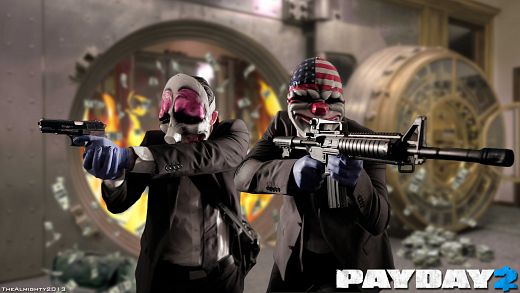