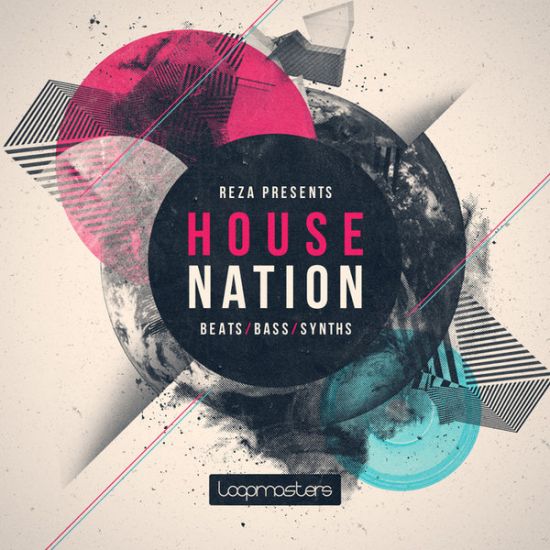 Loopmasters proudly welcomes Reza with the ultimate collection of standout, House samples covering a wide spectrum of House styles from past to present and beyond ready to drop into your next club banger.

Using all of his experience within the House music scene Reza delivers everything you need to create exciting Club Ready tracks covering all the bread and butter sounds you will ever need such as Kick Free Drum Loops, Fat Bubbly Basses, Classic and Future Classic Riffs, Timeless House Stabs, Punchy Drum One Shots, Action Packed SFX and Funky Vocal Cuts.

International DJ and producer Reza has been a prominent figure on the dance music scene for many years. He first took to the decks in 1991 which led to gigs at old rave’s like Fantazia and Spiral Tribe.

Throughout Reza’s illustrious career he has performed at some of the most prestigous events around the globe including the V Festival, fashion nights in Milan, Take That’s private parties, Ibiza’s most renowned hotspots and residencies at London superclub Fabric, Miss Moneypenny’s and the Bacardi B-Bar.

Reza has had over sixty releases and produced a countless selection of remixes, many of which have featured in Pete Tongs Buzz Chart on Radio 1 and regularly hit the Beatport charts. Reza’s productions have been released on labels such as Stealth, Pacha, Armada, Hotfingers, Juicy Music, Zulu, Stoney Boy, Nervous, Hed Kandi, Ministry Of Sound, Deeperfect, Milk & Sugar, Housesession, DTPM, Fresh Fruit, and Underwater.

All Single Sounds in this pack have been tagged ready to use in Native Instruments Maschine making locating the sounds within the Maschine browser effortless.

Currently Reza is one of the most in demand versatile producers around showing his musical versatility whilst he engineer’s, ghost writes and produces for many of the top House Music producers in the scene. All this is done out of his UK based Rezonation Studios where he also runs his labels Rezonation Music & Casa Loca as well as the newly formed Rezonation Management company.

With many more tracks coming out each month Reza shows no sign in letting up so this is a unique chance to sample from one of the House scenes biggest contributors.