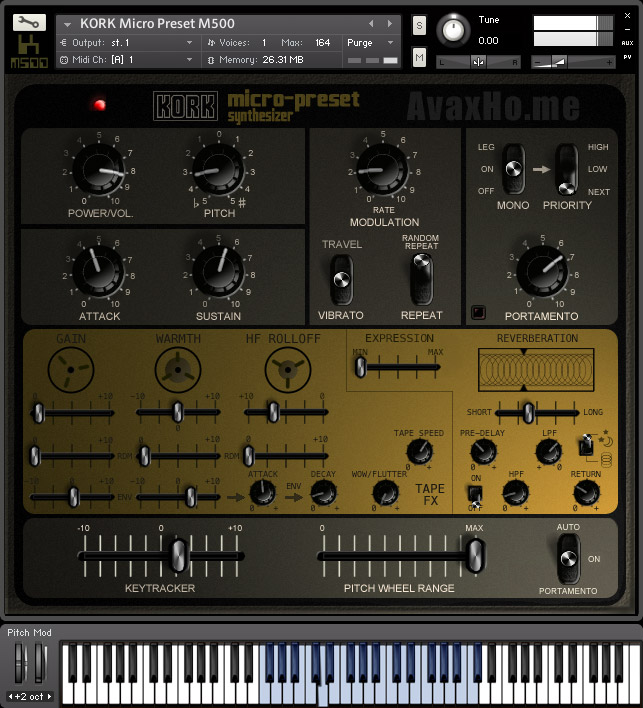 The latest from Tronsonic for is the Kork M500 micro preset synthesizer. Tronsonic tried to get it as close (both visually and audibly) as possible to the original late 70s preset synth (as used by OMD on many records), and also added a few extra features like polyphony, expression and a tape compression and damage effect. In order to maintain the purity of the waveforms,they chose not to sample to tape (hence the ‘tape fx’ section), but used valves and a chain of nearly 100 year old interstage transformers to capture the audio. All of the presets are selectable via the interface (as with the real synth), as well as the effects/edit section under the red button.

The tape input gain and warmth settings are also controllable via dedicated attack and decay envelopes, enabling a very accurate emulation of ‘hitting’ the tape, and its compression effects. The random gain, warmth and tone are also synced to the tape speed frequency knob, which controls the wow and flutter. Also included are a handful of extra presets, to show some examples of what’s possible with this synth. The simplicity of its design is one of its most important features (apart from its sound), as it forces you to get creative with the controls (right click to midi assign) and really ‘perform’ with it.