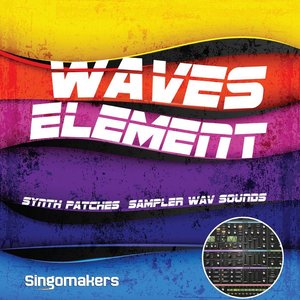 Re-Zone and Singomakers are very proud to present you this extremely hot patches pack for the first and revolutionary synthesizer “Element” from legendary manufacturer – Waves!

If you don’t own “Element” yet, don’t worry, as we exported all HQ 24 bit wav samples for this collection and made sampler patches especially for you! So even if you don’t have Waves “Element” you can import all its power into your favorite sampler!

In detail expect to find one patches bank file (.exp) with 70 presets for Waves Element, including:

And as we said before all these patches are available as 24 bit Wav files for samplers (EXS24, Kontakt2+, Halion, NNXT Reason4+)

Produced by Re-Zone (Toolroom, SKINT, Big & Dirty, Black Hole Recordings), artist who earned himself a reputation for quality productions that wreak dancefloor devastation, and his tracks have been supported by many of the world’s biggest DJ’s from Pete Tong to Axwell via Roger Sanchez, Mark Knight, Tiesto, Sasha, Paul Oakenfold, Fatboy Slim, and pretty much every A-List DJ you can name.