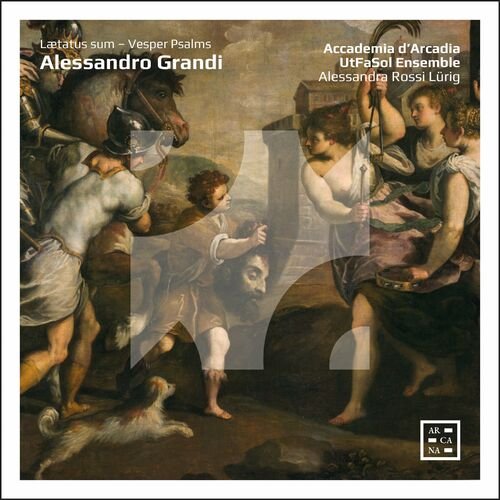 Alessandro Grandi – born in Venice in 1590 – was an extremely precocious talent. Appointed deputy of Monteverdi in 1627 in Saint Mark’s Basilica, he is regarded by scholars as “the greatest motet composer of his time”. After the highly praised Grandi’s motets album “Celesti fiori”, Accademia d’Arcadia now presents a selection from the three extant Psalms collections.

Grandi ventured in the field of Psalms with large-scale writing only at the end of his life, his collections of Psalms were undoubtedly intended for grand occasions: the relationship between soloists, tutti, and instruments is very modern, as successive portions of the text are set in sharply contrasting textures and styles.