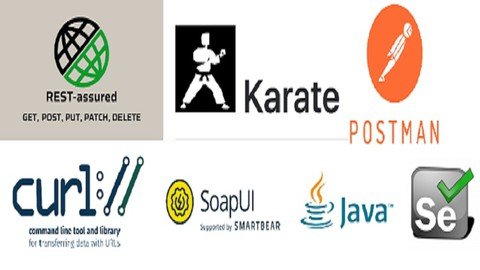 Requirements
Any one Who wants to learn API Testing and API Automation
Description
Learn What is an API/WebService and How to test them and perform automation tests using multiple tools which are popular in the market.

Get started with testing APIs manually in Postman.

Learn to write Scripting based assertions in postman and align your tests in postman to run them as automation tests.

Jump to Karate – Learn to do the same concepts in Karate Way.

Learn the difference between each of these Frameworks/Libraries/Tools and Learn to setup an ideal test framework for API Automation.

Decide on which framework is best for your team

Any one of the tool and strong understanding of APIs must be fine. But always good to have idea on other tools as well

Need to decide on which tool or framework best suites your team, again based on various factors like budget, skill set and Time

Hope you will have great Learning experience. See you in the lectures