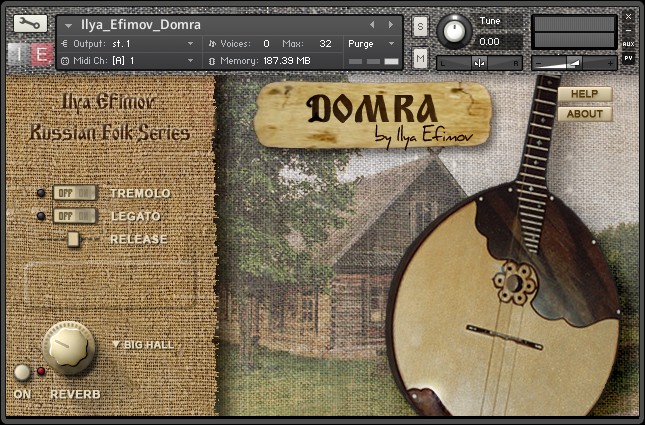 Most persons would assume that the balalaika predates the domra. In fact, the domra is known to have existed for over 1000 years; the balalaika only about 350. Musicologists have reached a clear conclusion: the domra and balalaika are two different versions of the same kind of stringed instrument, with the domra being the balalaika’s ancestor.

The domra is a Russian folk instrument, popular among sixteenth century Russian musician/jesters called “buffoons”. In 1648, by order of the king the persecution of buffoons quickly resulted in the disappearance of the domra. “Re-discovered” in 1896, it was reconstructed by master luthiers Andreev and Nalimov, and has since evolved into today’s three orchestral versions: (small, alto, bass) with a quarter tone scale.

Thereafter, the domra was immediately introduced to academic music, and as a group dormas have become an indispensable part of the Russian National Orchestra, used as a melodic base. Additionally, the domra is becoming widely accepted as a solo instrument, written into many current musical pieces and concerts.