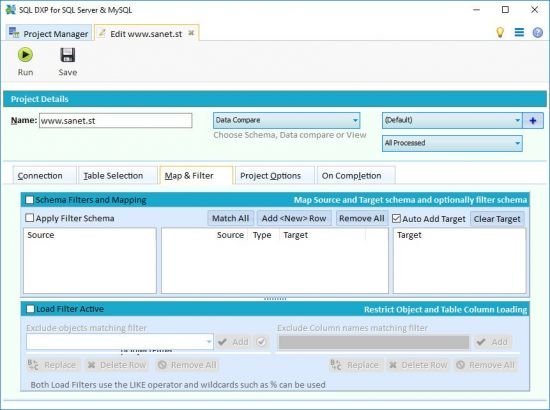 Cross Platform Compare and Sync Schema and Data for SQL Server and MySQL.

Schema Compare
SQL DXP will convert various objects of the source database into compatible objects for the target database. For example MySQL to SQL Server converts the MySQL database into a SQL Server form so the compare is then like for like.

It is important to note that not all objects and properties can be converted. MySQL doesn’t support the feature set of SQL Server however the objects are left as is to show the entire schema of the source database.

Data Compare
The cross platform data compare can be more closely aligned given common data types. Data compare provides a convenient way to transfer data from two different platforms with a very common use transferring web based MySQL data back into a backend SQL Server database.