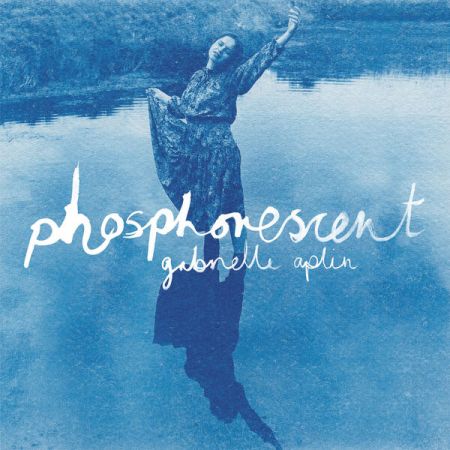 Gabrielle Aplin is set to release her new album ‘Phosphorescent’ on January 13th via Never Fade Records. During a career spanning over a decade, that began releasing covers on YouTube, Gabby has achieved a Gold-certified album, topped the UK singles chart with a further four #1 International singles, placed a number two UK album, toured globally & had a track feature in one of John Lewis’s famed Christmas ads. Her previous album, ‘Dear Happy’, has grossed over 210m streams on Spotify alone & she has racked up over 1 billion catalogue streams & 360m YouTube views. Her fourth studio album to date marks a fresh back-to-basics approach as she continues a career which has already seen her amass over a billion streams.

‘Phosphorescent’ is not a lockdown album, but it is the product of the solitude and strangeness that Gabrielle, like so many of us, experienced throughout that time. She says, “I was writing again for fun. I was purely expressing myself with no brief. No-one was telling me what to do, in fact I didn’t have to do anything. At the start there was no goal, but as the songs started emerging I could see that they were about things I’d never really processed until that time”. Her organic approach continued, first with a life-affirming reunion with her live band at Real World, and then with sessions at the countryside retreat of The Lark’s Tongue studio. There she finished several song ideas with Liz Horsman, while Mike Spencer (producer of her Gold-certified #2 debut album ‘English Rain’) would recreate the environment that Gabrielle was in when she first wrote the songs. This connection with nature heightened her passion for sustainability, which is an ethos which she is applying throughout the entire album. The first big step was that The Lark’s Tongue is powered by a ground-pump heat source, while other ideas big and small soon followed: using vintage and repurposed clothing for the album’s photoshoot, using the farm she volunteers at as a location; exploring recycled methods of vinyl production; and finding sustainable ways to create her merchandise.